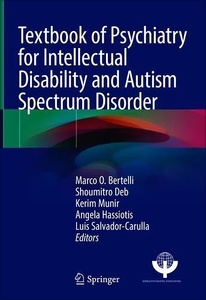 Textbook of Psychiatry for Intellectual Disability and Autism Spectrum Disorder


This textbook provides a state of the art of the knowledge on the prevalence, risk and etiological factors, clinical features, assessment procedures and tools, diagnostic criteria, treatment, and prognosis of the psychiatric disorders encountered in people with intellectual disability (ID) and low-functioning autism spectrum disorder (ASD). ID and ASD represent two meta-syndromic groups of several different conditions, each with particular cognitive and communication features. People with ID/ASD display an increased prevalence of a variety of psychiatric disorders, including psychotic disorders, mood disorders, anxiety and stress-related disorders, somatoform disorders, and obsessive-compulsive disorder, as well behavioral syndromes, personality disorders, and disorders due to psychoactive substance use. This book will enable readers to understand the specificities of psychiatric disorders in the context of ID/ASD. It explains clearly how diagnostic criteria and assessment procedures for psychiatric disorders that were created for the general population have to be modified for use with ID/ASD. Above all, it will enable clinicians to overcome difficulties in diagnosis and to deliver more effective care that meets the particular needs of patients with ID/ASD.


Marco O. Bertelli, MD, is the Scientific Director of the Research and Clinical Centre (CREA) of Fondazione San Sebastiano, Florence, Italy. He acted as a consultant psychiatrist to various service providers for people with intellectual disability and mental health problems. He worked as an adjunct Professor at the University of Florence, taught and still teaches in several Italian and international courses. Dr. Bertelli is the current President of SIDiN (Italian Society for Neurodevelopmental Disorders) and past president of both the Psychiatry of Intellectual Disability section of the World Psychiatric Association and the European Association for Mental Health in Intellectual Disability. He has been a member of the working group on Classification of Intellectual Disabilities of the WHO International Advisory Group for the revision of ICD-11. He is an editorial board member of some scientific journal in the field, such as the Journal of Intellectual Disability Research, and author of around 150 journal articles and book chapters. Since 2017 Dr. Bertelli is member of the scientific committee of the Italian Observatory for Disabilities. In 2011 he was appointed with the Honorary Membership of the World Psychiatric Association for excellence in service and in 2021 he received the Leon Eisenberg Award of the Harvard Medical School for outstanding leadership and stewardship in the field of neurodevelopmental disorders.Shoumitro (Shoumi) Deb, MBBS, FRCPsych, MD is an honorary Clinical Professor of Neuropsychiatry at the Imperial College London, UK, Department of Medicine. He has led the development of the International and the National Guidelines on the use of psychotropic medication for problem behaviour among adults with Intellectual Disabilities. He led the development of the first European Guide for the assessment and diagnosis of mental disorders among adults with ID. He was involved in the development of the evidence based treatment Guide for people with ID in the UK NHS. He developed a screening instrument for dementia in people with ID which has been translated in more than 12 languages for use worldwide and was adapted by the USA National Task Group on dementia in ID. He has over 200 publications; done over 200 conference presentations nationally and internationally; led a research/ teaching team of over 14 staff and ran a number of Masters Courses in the UK Universities. He has been a member of the UK National Institute of Clinical Excellence (NICE) Guideline Development groups and a Fellow of the UK National Institute for Health Research (NIHR). He has also been a member of the ICD-11 Neurodevelopmental' workgroup of the World Health Organization and Co-chair of the Section of Psychiatry of Intellectual Disability within the World Psychiatric Association (WPA).


Kerim Munir, MD, MPH, DSc, is Director of Psychiatry in the University Center for Excellence in Developmental Disabilities in the Division of Developmental Medicine, Boston Children's Hospital, and Society Fellow in Global Health and Associate Professor of Psychiatry and Pediatrics at Harvard Medical School, Boston, MA, USA. His research focuses on autism and neurodevelopmental disorders across the lifespan, with an emphasis on understanding determinants of developmental psychopathology and comorbidity. He served as a member of the WHO International Classification of Diseases, 11th edition (ICD-11) Review Group on Intellectual Disabilities and he currently chairs the Section on Psychiatry of Intellectual Disability of the World Psychiatric Association. Dr. Munir also serves as a vice president of the International Association of Child and Adolescent Psychiatry and Allied Professionals. He has been directing NIH-funded research training programs for over two decades global mental health and neurodevelopmental disabilities in the United States, Turkey and Euro-Central Asia region (including Azerbaijan, Kazakhstan, and Kyrgyz Republic) sponsored by the Fogarty International Center as well the National Institute of Mental Health. Dr. Munir has been the recipient of various U.S. and international awards, including the George Tarjan Award by the American Academy of Child and Adolescent Psychiatry for contributions in the field of intellectual and developmental disabilities. He has chaired the Autism Forum at the World Innovation Summit in Health. He currently serves on the advisory board of the NeuroGAP research partnership funded by the Broad Institute and the Stanley Center for Psychiatric Research of MIT and Harvard spanning Ethiopia, Kenya, South Africa, and Uganda. Dr. Munir has advised administrations in Turkey, France, Republic of Macedonia, Ukraine, Dubai, and Qatar on inclusive health, education and social care policies for persons with autism and neurodevelopmental disorders. He has authored more than 150 publications including original research projects in US as well as globally.

Angela Hassiotis, MD, is Professor of the Psychiatry of Intellectual Disability in the Division of Psychiatry at UCL and Honorary Consultant Psychiatrist at the Camden Learning Disabilities Service, London, UK. She is Chief Investigator of several projects focused on health services research. She supervises MSc and PhD students on projects relating to autism, stigma, dementia, and population mental health and lectures widely nationally and internationally. She is the author of more than 160 publications. Prof. Hassiotis is also the current editor of the Journal of Mental Health Research in Intellectual Disabilities.

Luis Salvador-Carulla, MD, PhD, is is the head of the Centre for Mental Health Research at the Research School of Population Health, Australian National University (ANU) in Canberra (Australia). He has been advisor to the Government of Catalonia (Spain), the Spanish Ministry of Health, the European Commission (EC) and the World Health Organisation (WHO). His research has been focused in developing decision support systems in health and social policy, including tools for analysis of technical efficiency and benchmarking, indicators for health policy analysis and priority setting in mental health and in developmental disorders. He has coordinated the Integrated Atlas of Mental Health Project for mapping mental health services in over 30 local areas around the World. He chaired the WHO working group on the classification of intellectual disabilities at chapter V of the International Classification of Diseases (ICD-11). He received the Leon Eisenberg Award of the Harvard Medical School in 2012 for his contributions in the field of developmental disorders.

Chapter 28 Other Disorders Due to Brain Damage and Dysfunction and to Physical Disease (Seidel, M.).

Chapter 29 Mental and Behavioural Disorders Due to Psychoactive Substance Use (Bertelli, M.). 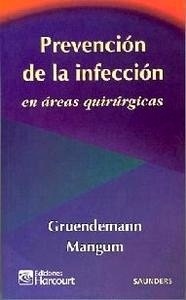 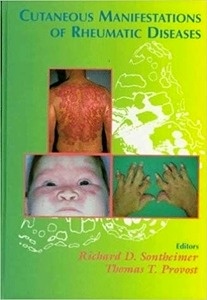 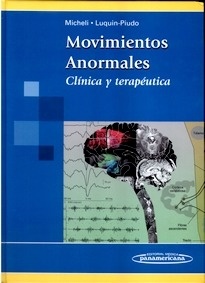