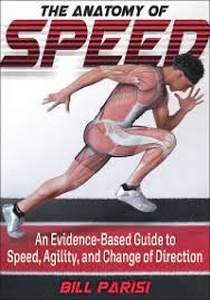 The Anatomy of Speed

45 €
42.75 €
Añadir a la cesta
Reseña o resumen
While speed is often viewed as the defining characteristic of elite athletic performance, there remains plenty of misinformation and confusion about what speed truly is and how it can be developed. Speed is far more than seconds on a stopwatch it is the result of multiple anatomical systems working together in highly coordinated unison, from the cross-body co-contractions of deep myofascial tissues to the pulsing contract-and-release cycle of the nervous system.

The Anatomy of Speed is a resource like no other. Bill Parisi, the internationally recognized expert and founder of Parisi Speed School, delves deep into the physiological mechanisms of speed through in-depth interviews with top experts and researchers in the field. The text provides scientifically proven exercises and drills for developing speed that will help performance coaches and athletes more effectively maximize development of this precious attribute. Using detailed photo sequences, enhanced with anatomical overlays, you will understand the different manifestations of speed, the biomotor systems that drive them, and scientifically proven drills and exercises for developing these abilities:

Acceleration
Maximum velocity
Deceleration
Change of direction
Agility
Maneuverability
Speed-specific strength
The Anatomy of Speed converts the science into practical application, allowing you to select the most effective drills and exercises, and tailor a training program unique to your athlete's needs. The exercises which are each designated as beginner, intermediate, or advanced are organized by complexity and speed-related categories. Exercises aimed at improving range of motion and priming the nervous system set the stage for optimal results. Speed-specific strength exercises use equipment like free weights, medicine balls, and sleds to target important speed and change-of-direction qualities. A practical programming chapter helps you assemble it all into individualized training based on sport, position, body type, skill level, movement preference, and training history.

Speed comes in many forms. It is a physical skill that can be developed and improved with targeted training and a solid understanding of mechanics. The Anatomy of Speed offers equal parts science, art, and practical application to do just that.

CE exam available! For certified professionals, a companion continuing education exam can be completed after reading this book. The Anatomy of Speed Online CE Exam may be purchased separately or as part of The Anatomy of Speed With CE Exam package that includes both the book and the exam.


Bill Parisi is founder and CEO of the Parisi Speed School and developer of the Parisi Speed Training System. In 1993, Parisi opened his first speed training facility in Wyckoff, New Jersey. In 2000, he opened his flagship speed school in Fair Lawn, New Jersey: a 32,000-square-foot facility specializing in youth speed training that was recognized by Men's Health in 2009 as one of the top 10 gyms in the country. Since then, the Parisi Speed School has grown into an international team of over 1,000 coaches with facilities in more than 90 locations worldwide that has trained more than 1 million young athletes between the ages of 7 and 18, producing first-round draft picks in every professional sport including more than 145 NFL draft picks and a host of Olympic medalists and UFC fighters.

In addition to being a recognized expert in youth speed training, Parisi founded the Professional Football Strength & Conditioning Coaches Association (PFSCCA) in 2010, which is now partnered with the National Strength and Conditioning Association (NSCA). As executive director of the PFSCCA, he hosts annual summits for the strength and conditioning coaches of all 32 NFL teams, where he invites top experts in the field to present the latest evidence-based research on speed, power, and injury resilience. In 2019, Parisi also established the Fascia Training Academy, which provides cutting-edge educational resources for understanding how to better train the body's elastic connective tissue system.

Parisi has served as a consultant and featured lecturer for a number of sports- and health-related organizations, including the NFL, USA Football, Nike, Reebok, and numerous associations such as the NSCA, National Academy of Sports Medicine (NASM), American College of Sports Medicine (ACSM), American Council on Exercise (ACE), and the International Health, Racquet & Sportsclub Association (IHRSA). He has also contributed content for the USA Football coaches' online library. In addition to speaking, writing, and consulting, Parisi has been featured on Fox Sports, ESPN, The Today Show, CNBC, and CBI and in Running magazine 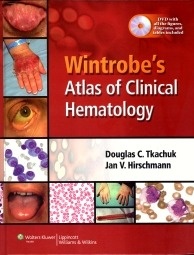 Wintrobe'S Atlas Of Clinical Hematology "Dvd With All The Figures, Diagrams And Tables Included" 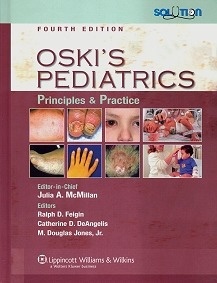 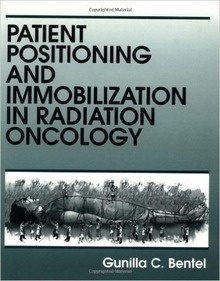