The History Of Emotions "An Introduction"

27.6 €
26.22 €
Añadir a la cesta
Reseña o resumen
Description
The first book-length introduction to one of the fastest-growing fields of historical discipline
Offers a synthesis of the work already carried out in the field and an agenda for the direction of future study
Provides a multidisciplinary approach, engaging with anthropology, philosophy, sociology, linguistics, art history, political science, psychology, and the latest affective neuroscience
Shows how genuine collaboration between history and neuroscience might be possible and thus moves beyond the binary debate between social constructionism and universalism
The history of emotions is one of the fastest growing fields in current historical debate, and this is the first book-length introduction to the field, synthesizing the current research, and offering direction for future study. The History of Emotions is organized around the debate between social constructivist and universalist theories of emotion that has shaped most emotions research in a variety of disciplines for more than a hundred years: social constructivists believe that emotions are largely learned and subject to historical change, while universalists insist on the timelessness and pan-culturalism of emotions. In historicizing and problematizing this binary, Jan Plamper opens emotions research beyond constructivism and universalism; he also maps a vast terrain of thought about feelings in anthropology, philosophy, sociology, linguistics, art history, political science, the life sciences from nineteenth-century experimental psychology to the latest affective neuroscience and history, from ancient times to the present day.
Contents
History and Emotions: An Introduction
What Is Emotion?
Who Has Emotion?
Where Is Emotion?
Do Emotions Have a History?
What Sources Might We Use in Writing the History of Emotions?
One: The History of the History of Emotions
Lucien Febvre and the History of Emotions
The History of Emotions Prior to Febvre
The History of Emotions in the Time of Febvre and After
The History of Emotions and 9/11
Barbara H. Rosenwein and Emotional Communities
Two: Social Constructivism: Anthropology
The Varieties of Emotions
Emotions in Travel Writings and Early Anthropology
Emotions in the Anthropological Classics
Early Anthropology of Emotions in the 1970s
The Linguistic Turn and Social Constructivism
Social Constructivism alongside Rosaldo, Abu-Lughod, and Lutz
The Social Constructivist Anthropology of Emotions: Some Preliminary Conclusions
The 1990s I: The Anthropology of Emotions after Social Constructivism
The 1990s II: The Supersession of the Social Constructivism-Universalism Duality?
Recent Universalist Anthropology of Emotions
Three: Universalism: Life Sciences
Paul Ekman and Basic Emotions
Road Map for Chapter Three
Charles Darwin's The Expression of the Emotions in Man and Animals (1872), or, How One Book Became a Battlefield between Social Constructivists and Universalists
The Beginnings of Psychological Research into Emotions, or, How Feelings, Passions, and Changes of Mood Migrated from Theology to Psychology and in the Process Became 'Emotions'
Emotion Laboratories and Laboratory Emotions, or, on the Birth of Psychological Conceptions of Emotion from the Experimental Spirit
How Ideas of Social Order also Ordered the Interior of the Brain
Research into the Emotional Response of the Brain
Freud's Missing Theory of Feeling
The Boom in the Psychology of Emotion from the 1960s Onwards
A Synthetic Cognitive-Physiological Theory of Emotion: The Schachter-Singer Model
Evaluating Emotions: Cognitive Psychology and Appraisal Models
The Neurosciences, fMRI Scanning and Other Imaging Procedures
Joseph LeDoux and the Two Roads to Fear
Antonio R. Damasio and the Somatic Marker Hypothesis
Giacomo Rizzolatti, Vittorio Gallese, Marco Iacoboni, Mirror Neurons, and Social Emotions
On the Shoulders of Dwarves, or, The Neurosciences as a 'Trojan Horse' for the Human and Social Sciences
Affectarians of All Lands, Unite! The Neurosciences as Represented by Hardt, Negri, & Co.
Borrowings from the Neurosciences: An Interim Balance
Beyond all Divides: The Critical Neurosciences and Genuine Possibilities for Co-Operation
Four: Perspectives in the History of Emotions
The Navigation of Feeling: William M. Reddy's Attempt to Move beyond Social Constructivism and Universalism
Emotional Practices
Neurohistory
Perspectives in the History of Emotion
Prospects
Conclusion
Author Information
Jan Plamper, Professor of History, Goldsmiths, University of London
Jan Plamper obtained a BA from Brandeis University and a PhD from the University of California, Berkeley, after which he taught at the University of Tübingen and from 2008 to 2012 was a Dilthey Fellow at the Center for the History of Emotions, Max Planck Institute for Human Development, in Berlin. He is co-editor, with Benjamin Lazier, of Fear: Across the Disciplines (2012); and co-editor, with Marc Elie and Schamma Schahadat, of Rossiiskaia imperiia chuvstv: Podkhody k kul'turnoi istorii emotsii In the Realm of Russian Feelings:Approaches to the Cultural History of Emotions (2010). He has also recently authored The Stalin Cult: A Study in the Alchemy of Power (2012). 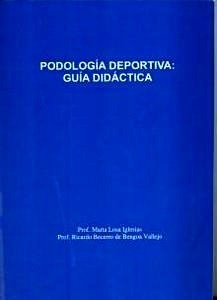 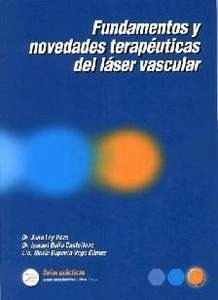 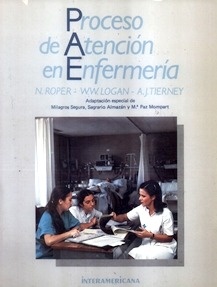